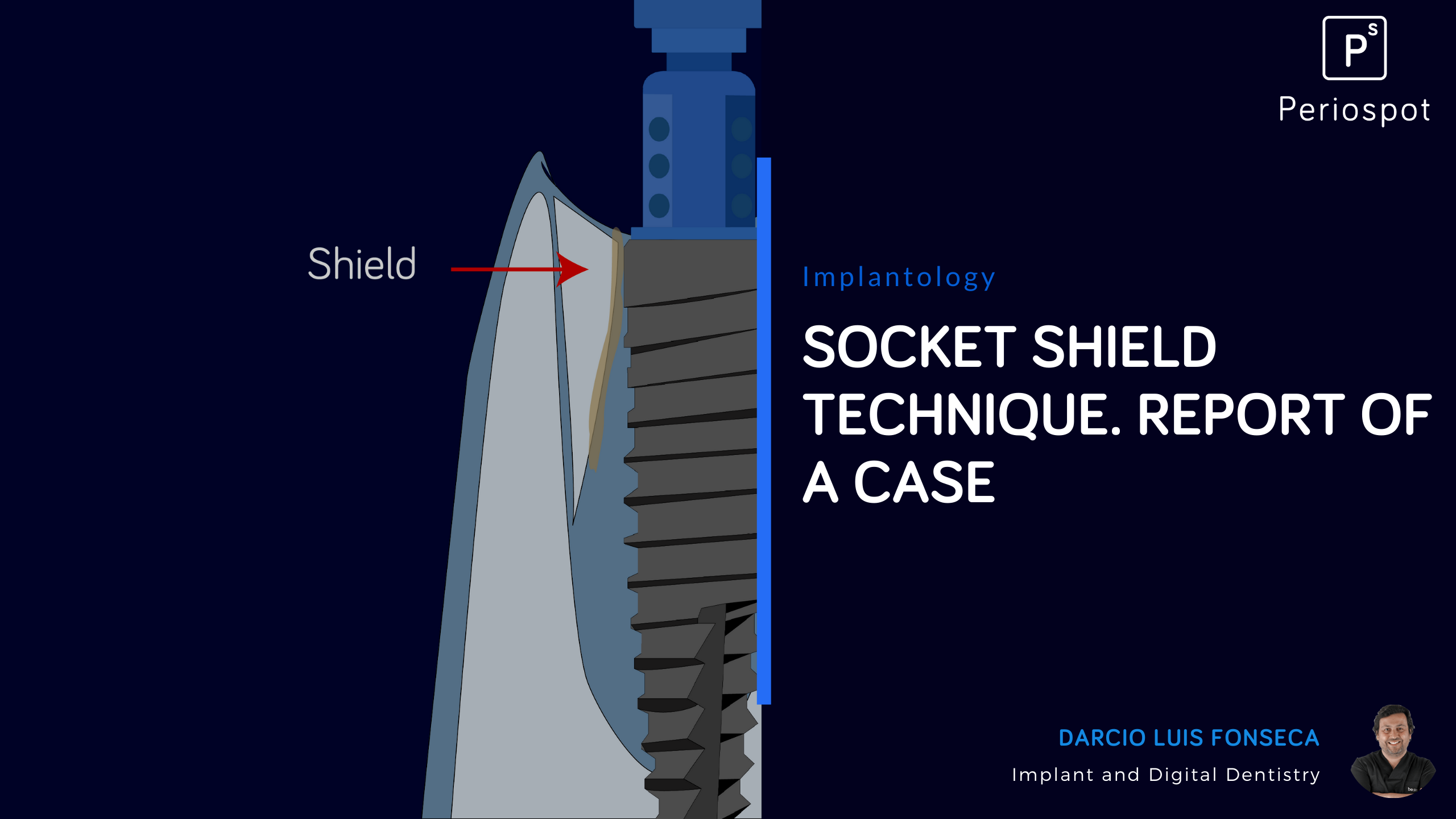 Dimensional changes of the alveolar ridge following tooth extraction continues to burden restorative implant treatment. Many clinical studies have verified that the buccal part of the ridge contour is more compromised than the lingual part as a result of the destruction of bundle bone periodontal ligament complex  (Glocker 2014, Wadhwani P 2015, Gluckman H, Baumer 2013, Hurzeler 2010, Chen 2004).

In order to overcome the negative consequences of tooth extraction, different techniques such as atraumatic techniques for socket preservation, immediate implant placement, buccal overbuilding with bone grafting materials and collagen barrier, have been proposed to retain the original ridge dimension.

However, these techniques could only partly compensate but not avoid the resorption process and therefore a better solution was desirable.

In an attempt to overcome this challenge, the socket-shield technique, based on the root submergence technique (RST) (Salama 2007), was purposed by Hürzeler et al, 2010, in which a partial buccal root fragment was retained around simultaneous to immediate implant placement.

The desired effect was to remain the healthy periodontium, thereby maintaining the gingival tissues and keeping the crestal bone on its original level.

The socket-shield technique has demonstrated histological and clinical results contributory to esthetics implant treatment. In histological studies, its capacity in avoiding bone remodeling on the buccal side aspect of the root and the preservation of buccal bone plate and surrounding buccal/facial tissues has been reported, and it seems not interfere with implant osteointegration (Huerzeler 2010, Baümer 2013).

This clinical case illustrates a modified concept of socket-shield technique, in the esthetic zone, to obtain a predictable result zone to obtain a predictable result in implant therapy. The author proposed approach was the retention of the buccal root fragment of an extracted tooth (#23) in combination with immediate implant placement, in order to maintain the surrounding gingival architecture.

A conservative extraction of tooth #23 with the anticipated subsequent resorption of the buccal tissues would have meant a far-reaching change of the aesthetics. So, the treatment plan implicated an immediate implant placement within the meaning of the socket- shield technique and flapless implant placement at the site of tooth #23, in order to maintain the initial gingival architecture.

Conservative extraction of the palatal root fragment was done with special forceps and the socket was debrided gently and irrigated with normal saline.

Implant bed preparation at the palatal wall of the socket was performed and a root-form implant (Klockner ®KL (4,2x12mm)) was placed according to the manufacturer’s recommendations without contact to the shield.

The apicocoronal position of the implant platform was situated 1mm apical to the palatal marginal gingiva and the gap between the shield and implant surface was left to enable blood clot formation.

The final torque was 50nm, and we opted to do immediate non-functional loading through the splinting of provisional to the implant of teeth 24.

Eight months later the provisional was substituted for a definitive zirconium crowns, showing a great gingival architecture, which was seen unchangeable after a 6th, 18th and 24th months follow-up period.

In this case report, it was shown that the socket shield technique with immediate implant placement, as reported by HÜrzeller 2010, preserves the buccal cortical plate and healthy peri-implant tissues can be observed, showing to be one of the most conservative ridge preservation strategies for bone counters and gingival architecture preservation, and thought for getting a more aesthetic final result.

However, it should be stated that for its correct perform clinicians must be familiarized with this technique as it is very difficult to perform correctly in first attempts.

More about socket shield technique in this Ibook: